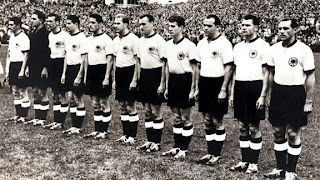 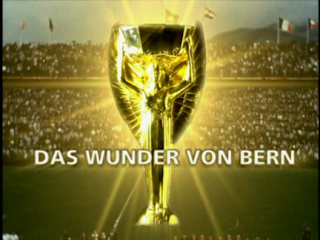 Everyone expected Hungary to wipe the floor with Germany again and it looked to be a dead cert when they rapidly went two goals ahead. However, in remarkable scenes, the "Miracle of Bern" revealed itself to the stunned crowd. Within a ten-minute spell, the Germans had equalized through goals by Max Morlock and Helmut Rahn and had rocked the Hungarians.
The game was deadlocked until the final six minutes. After a tense moment when the Hungarians hit the post, Rahn made history by scoring the winner for West Germany after the Hungarian keeper had slipped on the turf. West Germany were World Champions for the first time. 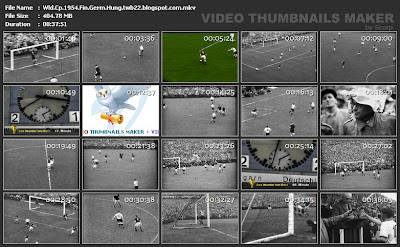 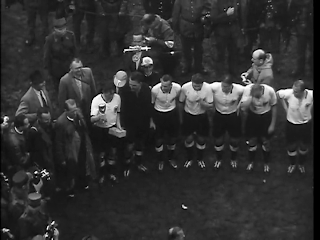 A very confident Hungarian side ran on the pitch in Berne for the 1954 World Cup final in Berne, Switzerland: they had not lost a match in four years, and in the four previous matches to reach the final had scored a staggering 25 goals, among them, an 8-3 victory against the other finalists, West Germany, in the first round of the tournament.
In that match the Germans, under the legendary coach Sepp Herberger, had nevertheless lined almost only subsitute, not wanting to face Brazil in the quarterfinals, and also played a harsh match to injure the biggest Hungarians stars, notably Ferenc Puskas, who was unable to play until the final.
The Uruguayans in the semifinal had also shown that the mighty Hungarians could be shaken by strong fight and a solid defense, so the Germans went into the final as confident underdogs, willing to play their chance, after defeating Yugoslavia 2-0 in the quarterfinals, and destroying their Austrian brethren 6-1 in the semifinal. Among the German stars were the captain Fritz Walter, the legenderay Nüremberg striker Max Morlock, and the striker Helmuth Rahn, who was only called up by Sepp Herberger after the tournament had started. 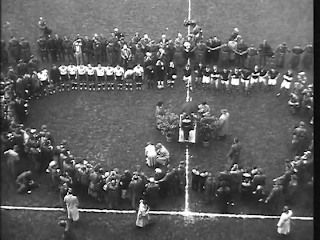 The Hungarians decided to line up a not wholly recovered Ferenc Puskas for the final, which demanded some changes in a team that until then had been quite solid, but may have proven fatal seen in hindsight against a very solid German team.
However, none of this seemed to matter as the match (which was the first World Cup final that was transmitted live on TV) started: within eight minutes Hungary was up 2-0 on goals by Ference Puskas and Zoltán Czibor, the second goal being a huge mistake by the German goalkeeper Toni Turek.
The Hungarian goals just seemed to make the Germans better though. Within ten minutes Max Morlock and Helmuth Rahn had brought balance to the match, and the Germans dominated the rest of the first half, and things were looking good for the Germans, although nobody really thought that the Hungarians could lose!
Hungary did attack feverishly in the second half, but the Germans defended heroically, and in particular Toni Turek seemed impenetrable on the goal. 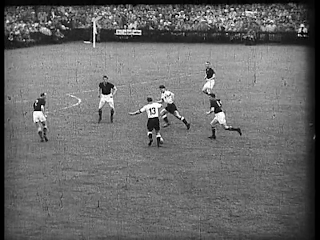 Only six minutes before the end of the match Helmuth Rahn received a return ball at the edge of the German area, made one quick move around a Hungarian defender and shot hard and flat towards the lower right goal-corner.
The German commentators screams of “TOOOOOR!” are legendary among commentators.
This remains one of the most legendary goals in German history, as it gave the West Germans the impossible victory against Hungary.
The victory meant a lot for Germans, who had been stygmatised after WWII (they had not even been allowed to participate in the 1950 World Cup), but this gave them something to be proud of, and came to symbolize the recovery of a nation. It was recreated in a 2003 German movie with huge succes, “Das Wunder von Bern” (“The Miracle of Bern”).
Germany has since remained one of the mightiest football nations in the world. 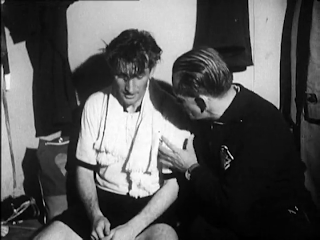 The situation was completely different for the Hungarians. The Hungary team of 1954 is arguably one of the best teams in the history of football, and surely the best team never to become world champion. Many of the players from the team had many excuses after the match, from a bad referee (who had disallowed a Puskas-goal for off-side in the dying second of the match), to drugs and black magic.
But truth is that on the day, the German fighting spirit was the best, something that is surely more important to win a World Championship.
The Hungarian “Dream Team” was soon to be dissolved because of the Hungarian Uprising of 1956, when most of the players went into exile, such as Kocsis, Puskas, Czibor. Hungarian football, that gave the world such a team, never really recovered from these events. 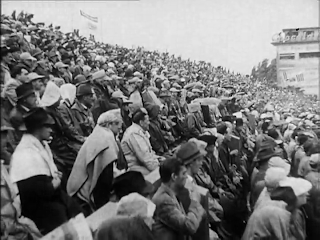 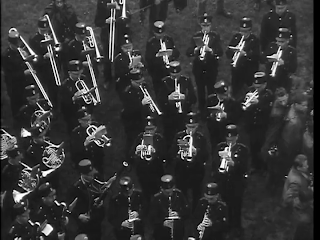 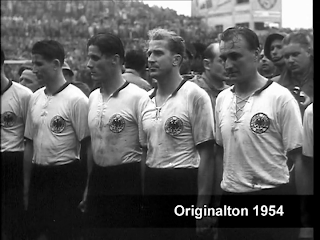